An Unashamed Claim to Visibility: Short films at the intersection of queerness and dis/ability 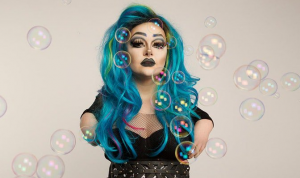 Over April 2018, this tour was presented by 4 QFN members, across 3 events, in London, Brighton, and Glasgow.

As queer communities strive to embrace intersectional politics, those with a disability or functional diversity are often left behind. Despite the higher prevalence of disability among LGBTQIA+ communities, disabled, D/deaf, visually impaired, learning disabled and/or chronically ill queers are often excluded from queer spaces and queer screens.

This screening was accompanied by a performance by Ebony Rose Dark, and a post-screening Q&A discussion with panellists Kyla Harris (The Other Screen) and more TBC.

Just Me
Dir. Matthew Kennedy | 2014 UK | 2’54
Fresh, frank and low-fi,  Matthew Kennedy’s performance of selfhood tackles labelling and prejudice towards queerness, being femme, and having a learning disability.

Venus
Dir. Faye Carr-Wilson | 2016 UK | 5’41
“I think of my drag as kind of a big Fuck You to everyone,” says the incandescent Venus Dimilo in this forthright documentary portrait about taking up the space you deserve.

Funny Girl
Dir. Rosina Andreaou | 2017 UK | 6’10
Exploring the on and offstage comedy of Rosie Jones, this documentary questions stereotypes about disability, sexuality, and being a Northerner.

Faggot girl gets busy in the bathroom
Dir. Krissy Mahan | 2016 USA | 3’39
Mahan’s disability-rights campaigning, alter-ego butch dyke genderqueer superhero Faggot Girl relentlessly crusades for greater accessibility, arguing that access is a queer issue. In this episode they demonstrate why public bathrooms are a crucial frontier in the fight for equality, and how hot sex and accessibility principles share common ground.

Bars
Dir. Christine Bylund | 2013 Sweden | 8’14
The bittersweet story of love between two girls in a Swedish residential home for young people with disabilities, this performed monologue is brimming with sensuality as it questions who is allowed to love.

Rick
Dir. Jan-Peter Horstmann | 2017 Germany | 15’33
Ricco Müller was crowned Mr Gay Switzerland in 2009 and now finds a home under the bright lights of the adult film set as Rick Lous, coming into himself away from the limitations that society has tried to put on him as a gay, D/deaf person. 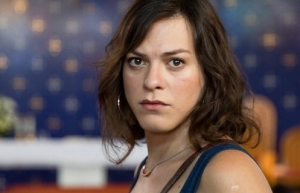 Across February and March, QFN supported a tour of the groundbreaking A Fantastic Woman. QFN members presented screenings in Brighton, Glasgow and Manchester, with Q&As featuring trans artists and activists, such as KUCHENGA, Kate O’Donnell, Juno Dawson and Shon Faye. Make A Scene in Manchester hosted a series of events celebrating the film’s opening, including a pop-up cabaret and party, featuring performances and DJ sets from fantastic trans women, such as Grace Oni Smith and Marilyn Misandry.

A Fantastic Woman is a captivating and deeply humane story about a trans woman’s fight for acceptance, and we’re really pleased that it went on to win Best Foreign Language Film at the 2018 Oscars! 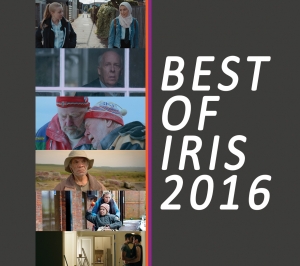 QFN was proud to launch the next tour at Iris on the Move in Llandudno Junction last week, with Hana Lewis from Film Hub Wales very kindly joining us to introduce the first screening.

Best of Iris 2016 is a programme of short films that either won or were highly commended at the Iris Prize festival 2016. This includes Balcony, the first British winner of the Iris Prize which the judges described as “a powerful film where not a single moment of its 17 minutes was wasted.”

The package of short films will now be made available for free to Queer Film Network members, along with supporting items including a Best of Iris poster. 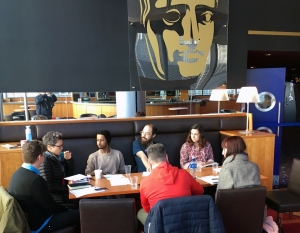 Thank you to everyone who joined us in Cardiff for our Queer Film Network collaboration meeting this weekend (21st-22nd January). It was another very productive meeting with many different topics discussed over the course of the weekend, which you will be able to read about soon with the distribution of the minutes. We were also very glad to welcome our newest members, Eyes Wide Open to the meeting and to introduce them to the Queer Film Network.

Many thanks to Cineworld Cardiff for hosting the meeting. 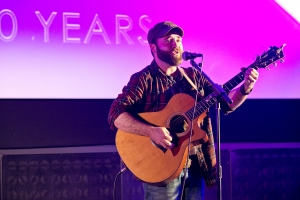 In September and October 2016 the Queer Film Network supported a UK tour of feature documentary Real Boy. Queer Film Network members showed a total of seven screenings in six different locations around the UK. This tour gave nearly 500 people the chance to see the film and hear from Joe Stevens, a transgender musician and one of the film’s subjects. Joe performed at several of the screenings and took part in Q & A sessions with presenters and the audience with plenty of positive feedback.
“Real Boy was wonderful and the Q & A fantastic. As [Joe Stevens] said, role models are crucial, and he is a great one.” – Shropshire Rainbow Film Festival attendee

The Queer Film Network now has a member of administration staff working to keep the Queer Film Network up to date, running smoothly and achieving all its goals. My name is Daisy and I’m based at Iris Prize office in Cardiff, and I can be contacted through more@queerfilmnetwork.org with any questions, comments or thoughts. One of my first tasks will be to confirm the date and further information about the next collaboration weekend in Brighton in early 2017, so we’ll be in touch soon with more details about that.

The minutes for the collaboration meeting have now been sent out, and a list of significant dates has been added to the Tours section of the website.

A very productive weekend saw us clarify QFN’s Tour process, which will be available from the resources page in the member’s area soon. We welcomed some new faces to the membership and looked at Trade Union funding opportunities with Liverpool’s Unison representative.

Coming soon a calendar of relevant anniversary/significant dates which offer opportunities for collaboration of themed screenings and Tours such as LGBT History month, World Aids day etc. Send any dates you know HERE and we will add them to the calendar.

Minutes of the meeting will also be available soon with all the outcomes and ideas including action points.

A big THANK YOU to Joan Burnett for hosting the weekend at FACT in Liverpool.

January 2017 will see our third collaboration weekend; we are aiming to be in Brighton, expanding opportunities and mutual support for programmers to every hub in the UK.